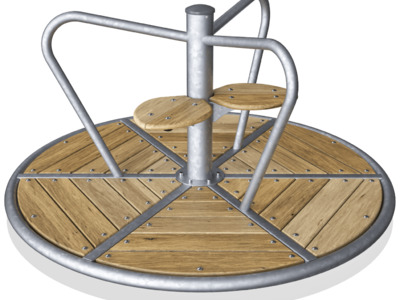 The Robinia Carousel has three different compartments, each with a handhold and two with seat, one without. The carousel hugely motivates spinning and invites varied ways: seated, standing or even lying on the floor. Apart from spinning, the carousel was designed to motivate pushing and pulling and allow for intergenerational play, having the handholds fit perfectly for a seated position in the carousel and perfectly for pushing and pulling from the outside, due to a slightly elevated curve of the handhold towards the outside. Apart from being a pleasurable play activity, spinning also trains the vestibular system and the sense of balance, which is fundamental to children’s movement and even concentration skills. The pushing and pulling of the carousel trains the arm, leg and core muscles and the condition of the users. 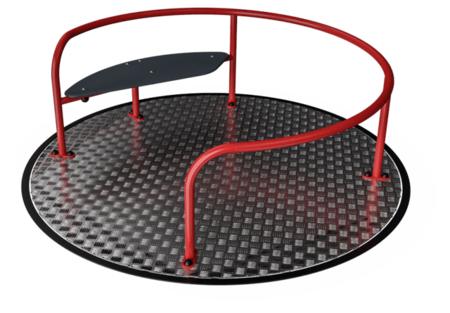 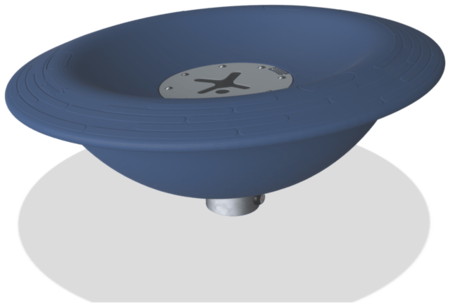 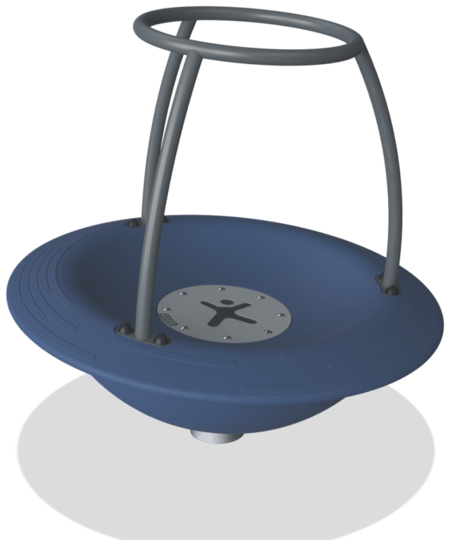 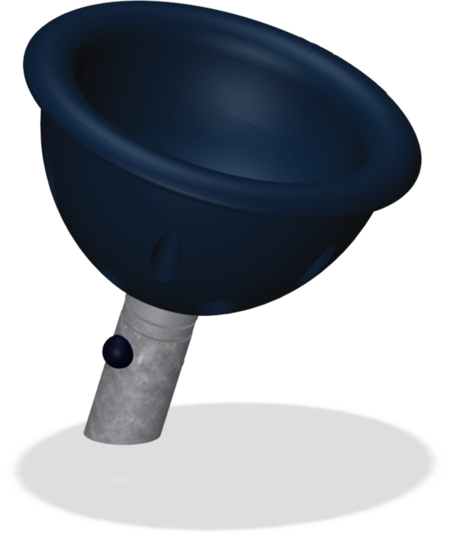 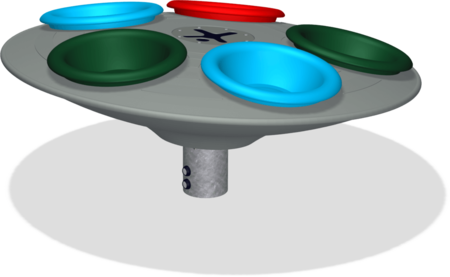 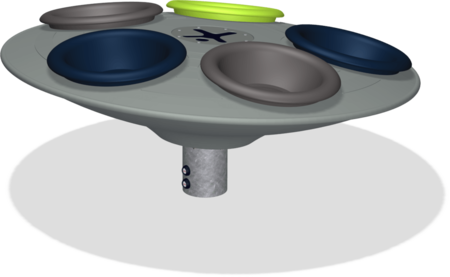 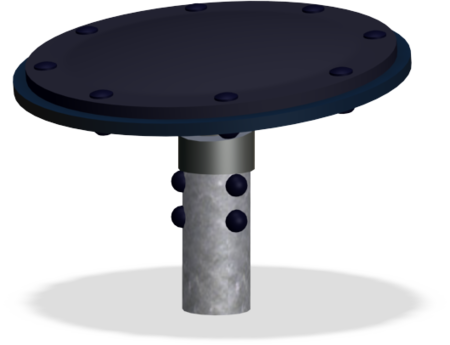 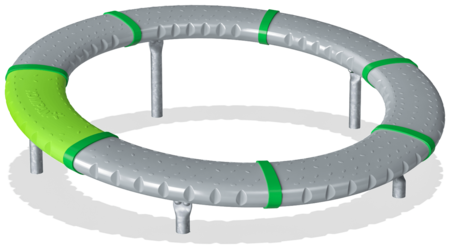 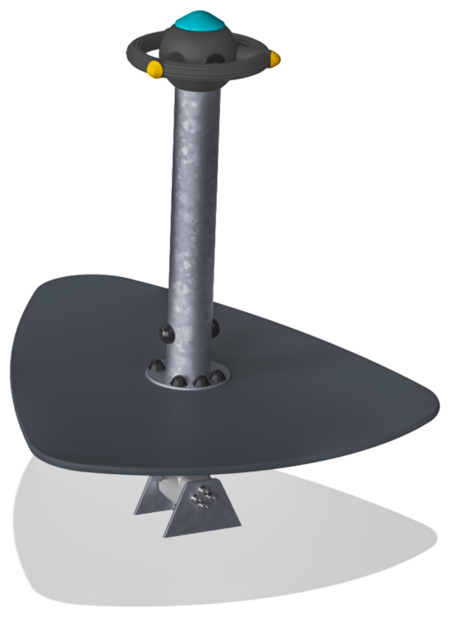 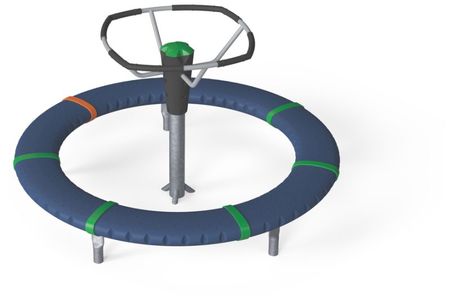 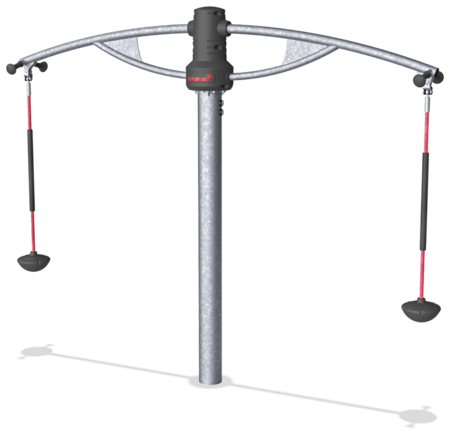 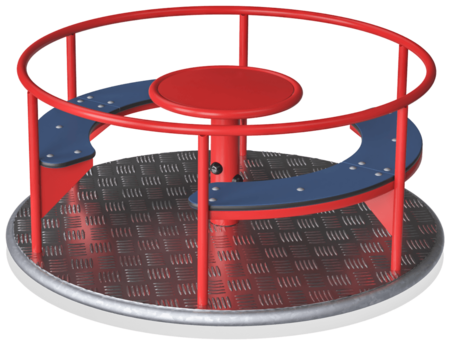 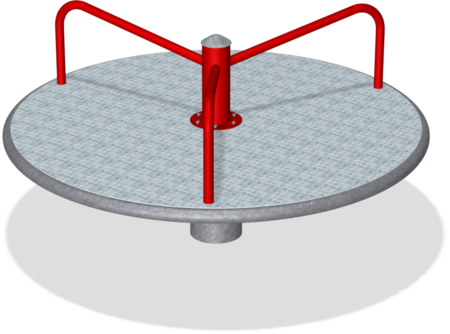 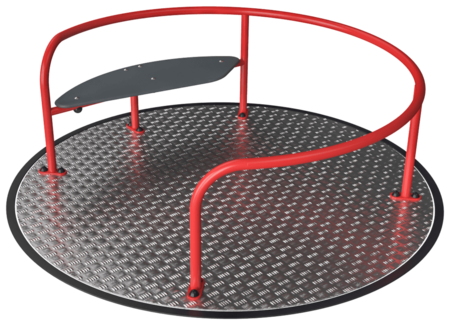 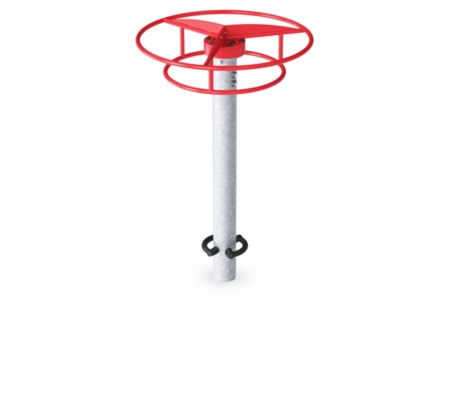 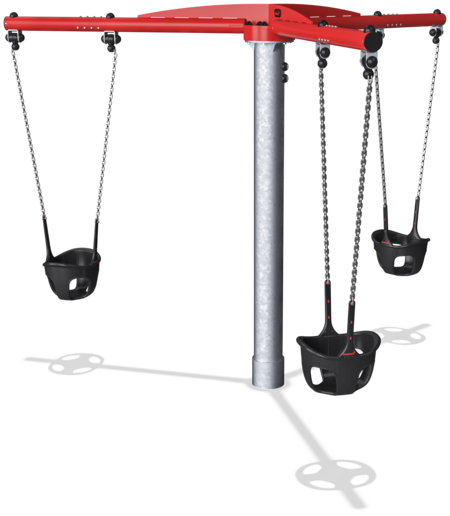 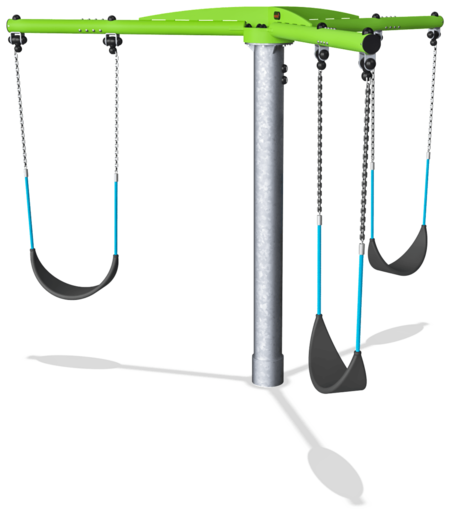 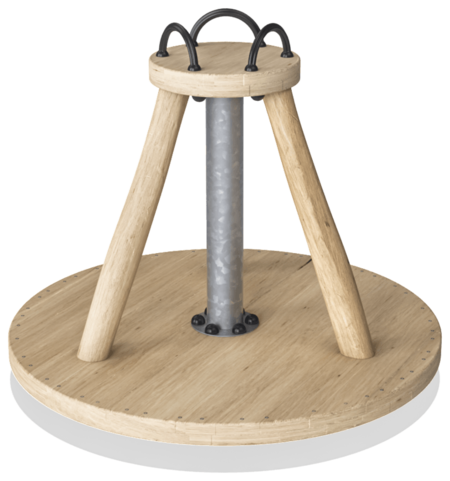 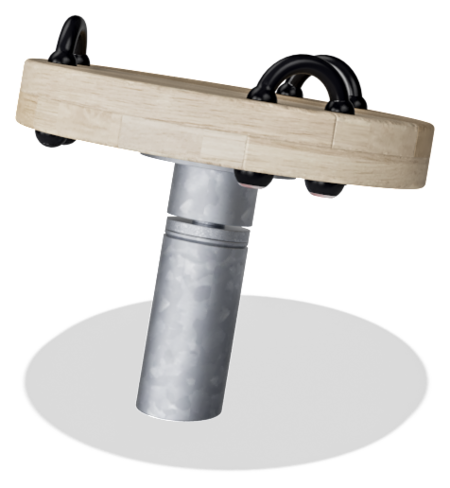